Results of the forum “International Climate Dialogues in Moscow”

From November 23 to 25, 2021, the International Climate Dialogues in Moscow forum was held with the support of the Moscow Government.

Global climate change is a pressing issue today. The forum raised and highlighted important issues related to the topic of climate change and adaptation to it, for example, the introduction of international environmental standards – this will have a significant effect on combating climate change. The trend for green buildings has been updated, an example of the first green building in the world, which uses exclusively environmentally friendly materials, is given.
The forum participants also spoke about the experience in construction, the introduction of energy efficiency, the rational use of CO2 for growing vegetables in the Arctic zones.

The first day of the forum was devoted to the discussion of the topic “Degree of construction”. The speakers discussed the prospects for introducing the concept of building certification under the Carbon Zero program, observing the principles of energy efficiency and reducing greenhouse gas emissions at the stages of materials development and construction of class A and B buildings.
We also considered the concept of the sustainable territory of Saakle in France and the building of Almateya in Skolkovo, the Loreal plant, as one of the successful projects in the field of sustainable development.

Svetlana Marchenkova, Head of the Department for Innovative Development of the Construction Area of ​​the Department of Urban Planning Policy of the City of Moscow: “The introduction of international standards will improve the standards of urban life. Climate issues are relevant and important. Much has been done, and more remains to be done for various urban planning structures.”

On November 24, at a solemn ceremony, a Cooperation Agreement was signed between HPBS LLC and the Rating Agency (JSC ACRA) represented by General Directors Ilya Sergeevich Zavaleev and Mikhail Igorevich Sukhov. The further development of strategic cooperation between companies in such areas as:

The forum also hosted the session “Climate regulation at all levels”, and topics were raised on the program to achieve carbon neutrality until 2025.
Ilya Zavaleev, General Director of HPBS, touched upon the issue of greenhouse gas concentrations in the atmosphere: “There is an increase in the concentration of greenhouse gases in the atmosphere. The atmosphere is a resource that needs to be conserved. Russia will pay billions of dollars for exports.”

The speakers considered the risks and prospects for Russia in the global decarbonization of the economy. Michal Blinkin, Director of the Institute for Transport Economics and Transport Policy, National Research University Higher School of Economics, Ph.D., professor: “2021 is the first year where the task of decarbonizing the economy is set. If we want to stay within the limits that are set, then we must move according to the schedule. More than 120 countries have announced to cut emissions to zero by 2050. But there is a circle of countries that do not have time to implement this task by this time. Also, many companies, universities and research centers have chosen this path.”

At the end of the forum on November 25, at a solemn ceremony in the Government of Moscow, HPBS was awarded in the competition in the Ecology and Information nomination for developing a course for calculating, optimizing and offsetting greenhouse gas emissions using the best international methods. HPBS was awarded by Petr Pavlovich Biryukov with the title of “Climate Development Leader”. 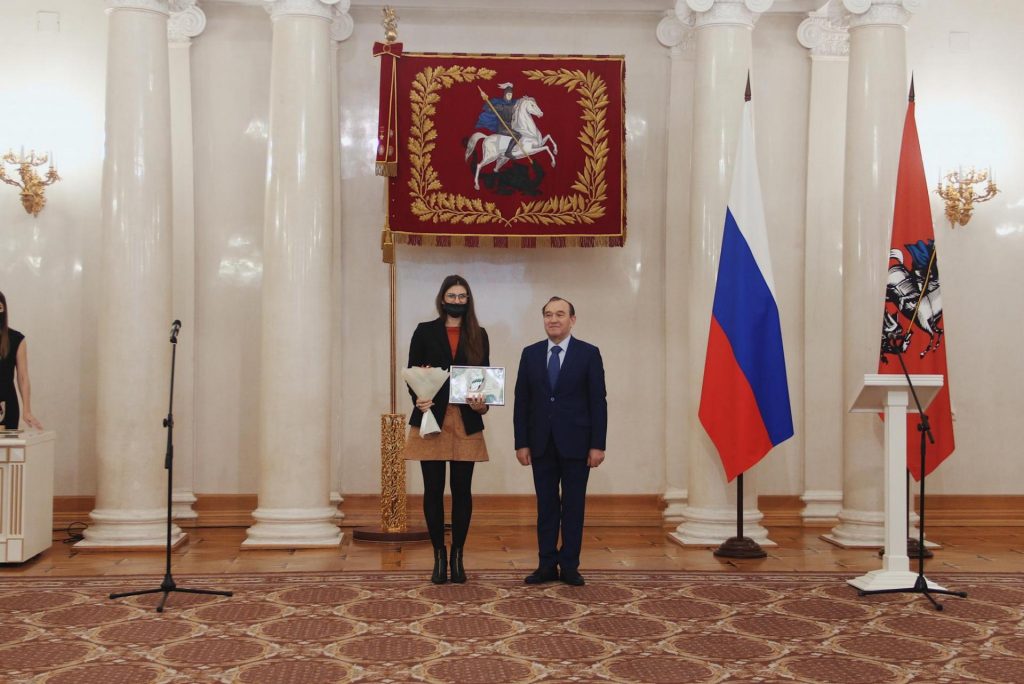 On the third day of the forum, within the framework of the topic “CDP. Climate Impact Disclosure”, HBPS partner Marina Kupriyanova spoke about the non-profit organization that manages the global environmental disclosure system – CDP: “One of the most important HPBS projects is the L’Oréal plant in the Kaluga region. Between 2005 and 2020, L’Oréal reduced its CO2 emissions from its operations by 81% in absolute terms (29% increase in production). 96% of L’Oréal products launched in 2020 had an improved ecological composition.”