The problem of stack effect in skyscrapers

Many owners of high-rise buildings face the stack effect (traction/pipe effect). It is created due to the difference in outdoor and indoor temperature, especially in winter. In elevator shafts, stairwells and engineering communications, there is a draft of air on the principle of a chimney. When the warm air naturally rises up relative to the cold outside, since the temperature inside the building is higher and the air density is less. 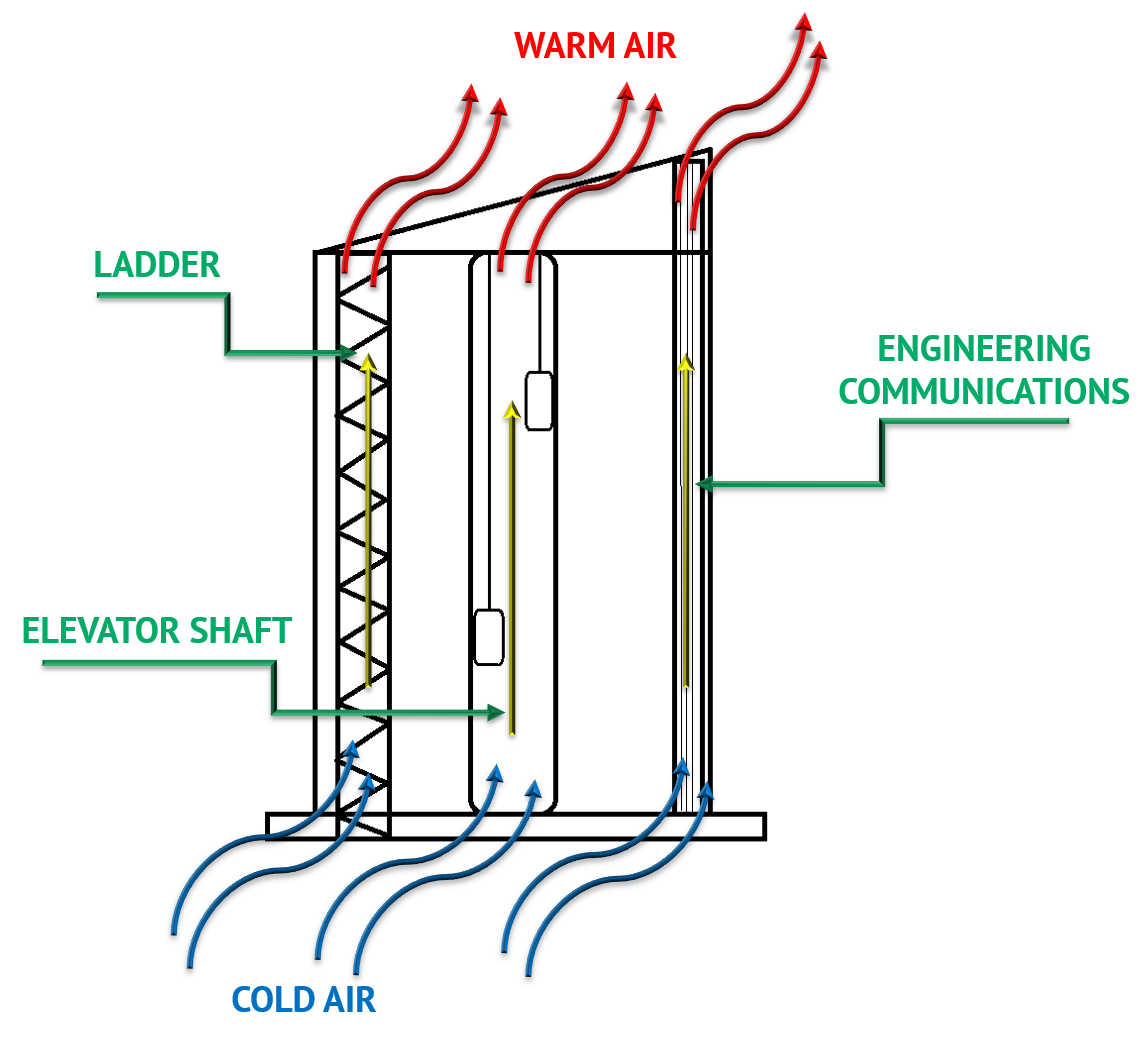 How can the stack effect problem be solved during the operation of the building if appropriate measures have not been taken at the design and construction stages:

Development of an integrated energy supply and energy efficiency strategy

Development of engineering solutions and calculation of construction costs

Training on energy efficiency and energy modeling of buildings