Ecodistrict in Kazan. Living on the border with nature 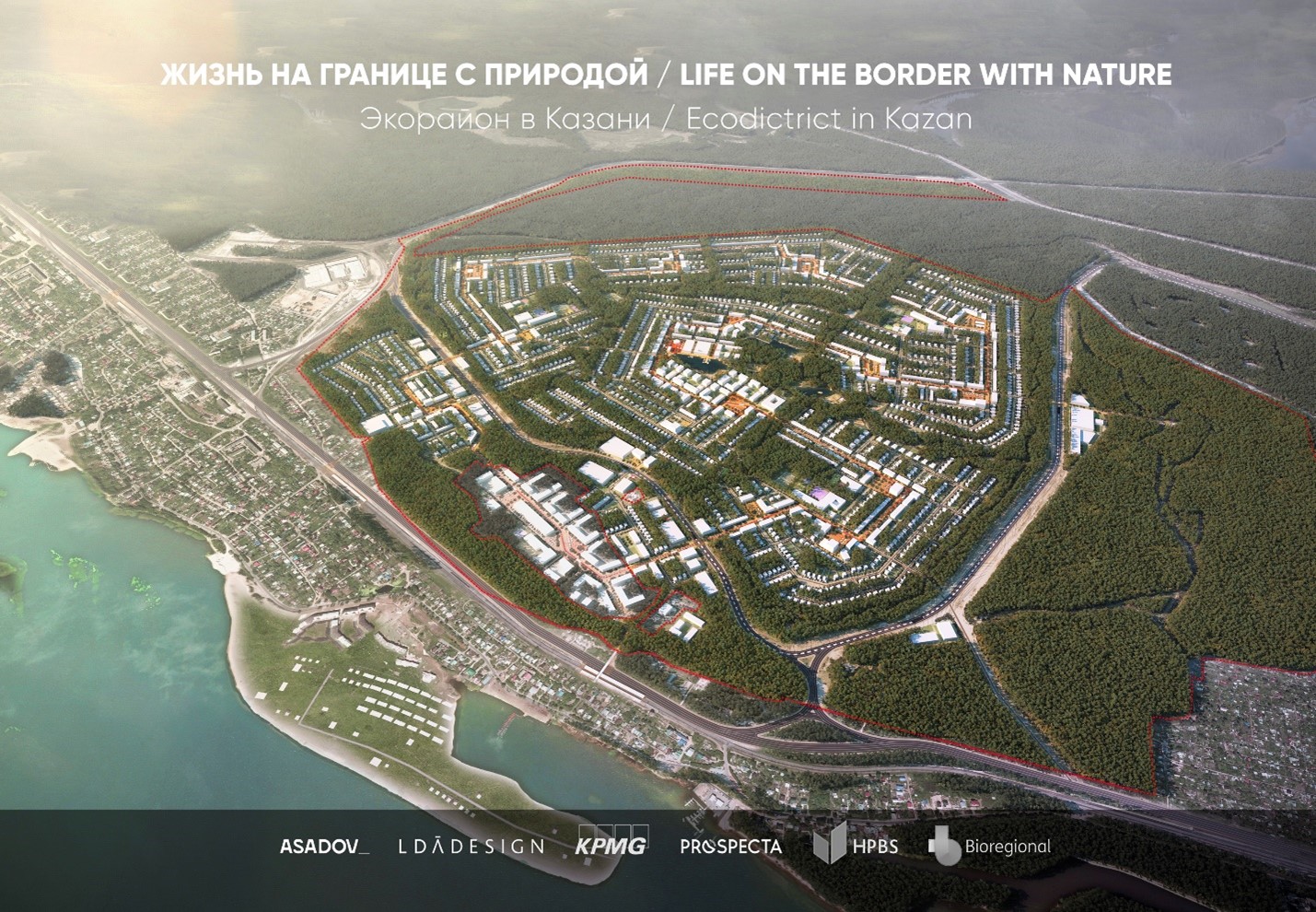 HPBS company, as part of the ASADOV and partners consortium, has completed a project that sets a new benchmark for the quality of the residential environment in Russia – the Eco-district in Kazan.

The project site was a unique area of 760 hectares with stunning pine air, located a 20-minute drive from the center of Kazan.

The project team has set itself three tasks:

– Maximum conservation of the forest area

– Maximum quality of the living environment

– Ensuring the necessary profit for the Republican Support Fund

The landscape of the site was analyzed and a single green frame in the form of forest corridors was created. These corridors form a continuous green zone on the site and connect it with the adjacent forest area.

The transport situation has been studied and two independent rings have been formed: one is a transport ring, the other is a ring of public spaces. These rings exist independently of each other, intersecting only in the necessary places – the zones of stopping points.

The ring of public spaces is a city boulevard – a single route on which a chain of squares and squares is strung. Residential development is being formed along the boulevard, which consists of 3 typologies – apartment buildings, townhouses and cottages located on the border with the forest. 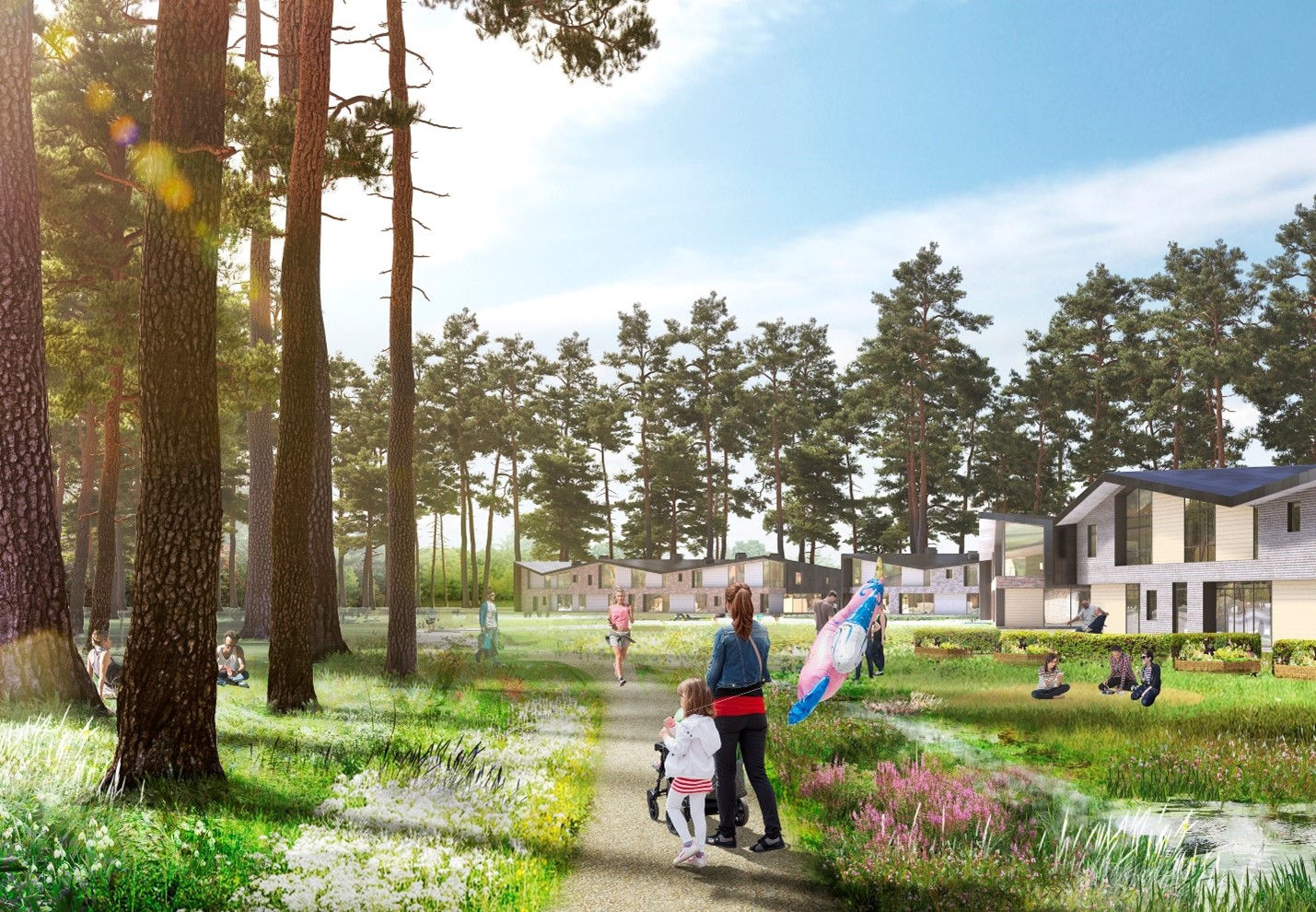 HPBS has developed a comprehensive solution for the electricity supply of the district, which consists of a smart grid that allows you to be powered by renewable energy sources. The project uses a gas thermal power plant with a payback period of about 5 years. In the future, it is planned to switch thermal power plants to alternative fuels, such as biomass and biogas.

In the place where the stream flows, a natural stormwater drainage system has been implemented, which is part of HPBS’s “Soft Environmental Impact” strategy. It makes it possible to abandon the laying of pipes, and allows you to save 500 million rubles. This system consists of bio-canals that collect rainwater into artificial ponds and rain gardens. There are selected plants that purify the water and return it to the natural cycle.

When developing the project, HPBS created a digital model of the area, which takes into account the influence of climate on people’s comfort. For example, thanks to the model, it was possible to determine such a configuration of buildings that reduces the wind force by 3 times. 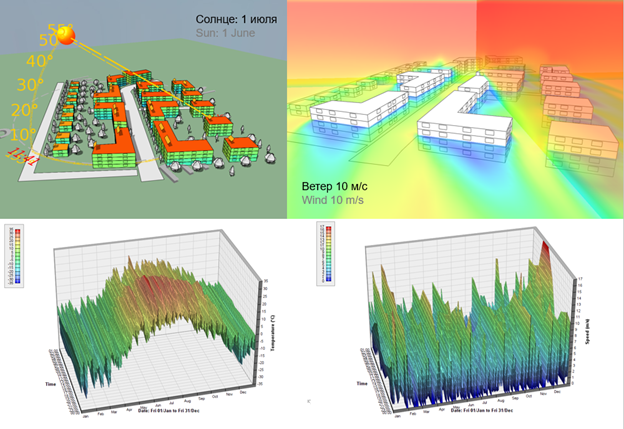 The estimated population of the city is more than 22,150 people. The project implementation period is 8 years. Net income, subject to state support, is 12 billion rubles.

The concept of the project makes it attractive to all key participants:

– High profitability of the project

– The presence of local points of application of labor

Video of the project