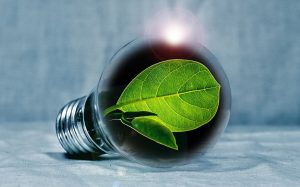 The US Department of Energy released a report on the cost of five key green technologies.

There is a prejudice that green technologies are inaccessible and pay off for a long time, but in fact progress is driven by the market and does not bypass the sector of these technologies. In comparison, you can put the availability of mobile phones in the 1990s and today: if the earliest cellular communication could be afforded only by rich people, by 2000, everyone had the opportunity to have a personal means of communication. With green technologies, a similar upheaval is taking place.

For example, since 2008, LED lamps have fallen in price by 94%, becoming the ubiquitous part of most lighting solutions in the design.
The growth of battery production is stimulated by the growing branch of electric vehicles, besides the requirements of computer equipment and telephones, etc. At the same time renewable energy works efficiently only in combination with accumulator batteries that have fallen in price by a substantial 73% to today. This is due to the volatility of power sources such as solar and wind power and wind power (due to active daylight the panel generates electricity accumulated by the battery, the same with the wind, the wind piece is variable).

Large-scale industrial solar power plants fell in value by 64%, which is 10% more than the cost of private solar power plants. Wind power stations are becoming cheaper slower than solar ones due to the fact that they are more complex in their technical components, including many engineering technologies: electric motors, blades, turbines, compressors, towers and other structures that are more difficult to optimize for cost, while the solar power plant takes as its basis the functioning of photovoltaic technology – silicon-based technology. Thus, the specificity of the constituent elements of one panel are key indicators of its value. 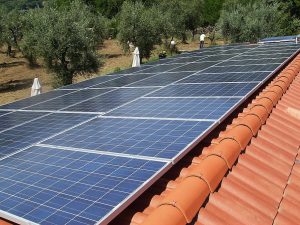 We see rational revision of the economy of green projects in connection with its colossal development in comparison with 3-5 years of statistics. The payback period of power plants has increased at times due to the global trend of consumption of green technologies.
HPBS is engaged in professional consulting services in the field of green building and technology.

Link to the DOE report