The development of universities and clusters is of considerable interest to government agencies and planners. Indeed, their implementation, especially in France, has led to a deep restructuring of the system of higher education and research in the structural, institutional and organizational areas, as well as deep restructuring and territorial reorganization through large urban operations. Particular attention is paid to restructuring in the Paris Saclay project we are studying in France.

This project presentation is part of a doctoral dissertation in urban planning under the supervision of Prof. Alain Bourdin

General overview of the project

The Paris Saclay cluster is located 20 km from the center of Paris.

The idea of ​​a technology cluster is not new. It arose in the 1950s, but was not implemented. The project “Grand Paris” (Greater Paris) became the impetus for its implementation.

This Greater Paris project is based on the principle of creating a network of specialized “clusters” connected by a highly efficient transport network. Among these clusters is our object cluster “Paris Saclay”. 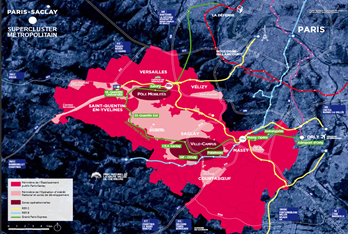 How were these exceptional projects conceived in the context of globalization and metropolitanization? Was there a desire for territorial and urban integration of the project, taking into account the geography, the history of the place and the existing territorial and urban dynamics? Either we see a standardization of urban planning driven by innovation?

The main goals of the cluster:

The urban development project was launched by EPA-PS. Campus City is located on an area of ​​600 hectares, and has a length of 7 km. The campus consists of three quarters (Higher Polytechnic School, Moulon and Corbeville). The construction of a campus with an area of ​​1.74 million m2 is planned.

The campus must answer the key questions of the 21st century related to the environment and sustainable development at the level of energy, food, biodiversity and mobility.

The main tasks of the project:

Three main structures are involved in the development and implementation of the urban project of the Paris-Saclay University cluster:

These structures include planning professionals and urbanists, architects, government agencies, public and municipal structures, and the scientific community.

The French project is key in its significance and is of strategic importance. Its features are that it:

– research restructuring (new methods of interaction between scientific institutions and their unification into a single university);

– urban development on a large scale. 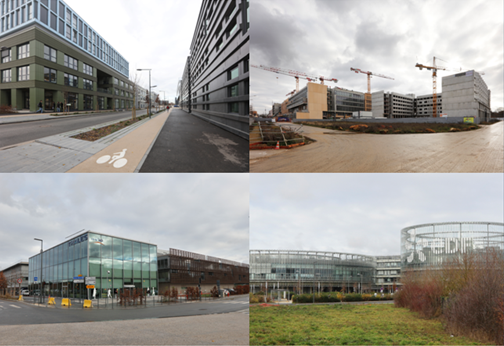 Ecopolis in the Sakhalin Region

Sustainable and Smart City: The Case of China